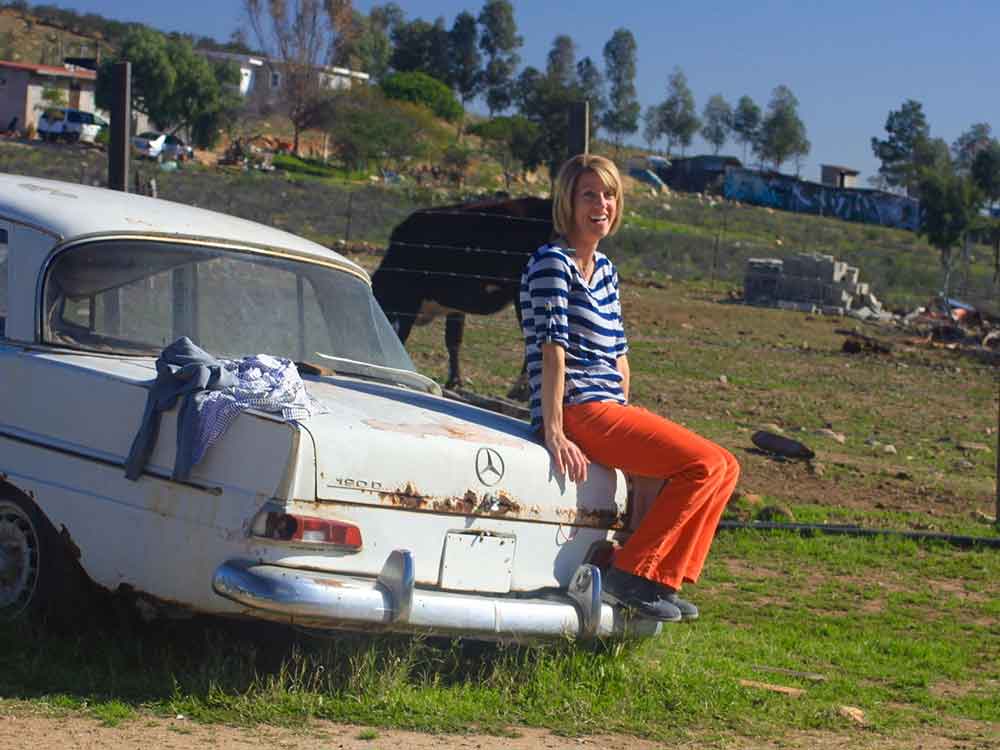 I came out slightly serious. I was not a cute infant, my one-year-old picture looks like I’m straight out of the depression, and I’m told I never laughed at comedy. Not even Family Ties, Mork & Mindy, or Cheers. My parents forced me to take piano lessons, and I sadly hated every minute of it. Thirty-five years later people still try to hide their shock and disappointment when they ask if I play the piano like my dad and I tell them no.

I identified more with trees and dirt and anything with a ball. I slid down gutters during storms, flipped a canoe fully clothed, and followed almost all the rules.

Except for sneaking out a few times. Oh, and kissing. That started with a pastor’s son in the fifth grade. Don’t tell my kids.

I spent the second decade of my life proving my athleticism, the third decade trying to shake the jock rep, and the fourth realizing having it all together isn’t actually a thing.

And now you know how old I am. Sort of.

I hail from the redwood forest where my home sat in the middle of a Christian camp, but I went to public school. So in the summers I ran with straight-and-narrows, and during the school year I learned cuss words and was offered pot. And a good time. And fruity drinks. I partook in a little of one and none of the others.

When my parents bought me a skateboard for my 13th birthday, my freedom soared. So did my bangs. My dad taught my mom piano lessons long before a glint hit her eye and then walked me down the aisle with a tear falling out of his.

I am a strange mix of the two of them, feeling equally blessed and confused about how I got to where I am. I’m not serious anymore, but blonde girls who took French in the redwoods don’t usually move to Baja. And we don’t usually trade our Leave It To Beaver, Martha Stewart upbringings for dune buggies, outdoor concrete laundry rooms, and .70-cent tacos either.

In 2006 my life went from SoCal middle-class suburbia to rustic Baja countryside. We got plopped in a dirt-road, horse-heavy, farming town where we stood out like pale tourists, and I was eight months prego. Most days I loved it, except when the power went out and the toilets wouldn’t flush.

Sometimes I had to fill the washer with a hose, and I dropped wet clothes here and there, but for the most part, hanging laundry felt natural. Still does.

My Spanish skills rated around sub-par, my house became a revolving door of dust and brooms, and I got super tired of being stared at when we went to the city. Over the years I taught English to friends from church, paid for a chicken and a cockfighting rooster my dogs killed, got my car stuck in the muddy riverbed, faked it pretty well on a Mexican soccer team, babysat a cow, and lived in a 5th Wheel, two mobile homes on jack stands, and a cinderblock house. For our 20th anniversary, my husband and I gave each other a heater and air conditioner.

Twelve years later God moved us back to the States. To the same town. And put my husband back in the same job. And moved us into our same neighborhood. Anticlimactic, I know.

If you haven’t experienced these parts of my life, you don’t know how I’ve changed. Matching my belt to my socks to my earrings to my lipstick used to be a goal. Pleasing everyone was a goal. Figuring out how to have it all together was a goal. Daily hair and makeup was a goal. I’m more selective with my goals now.

Friends and family told me I should write a children’s book, so I did. A few women told me I should start a decluttering and organizational business, and I did that too. I also speak at women’s retreats and writers conferences, which is equally nerve-wracking and thrilling. I’ve also been told I have body image issues, but I’m not going to teach a class or write a book about that.

My favorite time of day comes the moment I scooch down into bed, and my least favorite neighborhood scent used to be when Juan burned trash next door.

You’re still reading? Let’s stick a bow on this.

I’m Carrie. I love Jesus, hate mosquitos, have two kids, one husband, and felt fairly confident I’d never become a #blogger. But I said I’d never live in Mexico or wear bell-bottoms again either, so I’m thinking this might be a good fit.