Depending on the country, you might think being a missionary means having a bunch of faith, eating rice, praying all day and swinging in a hammock.

But unless you’ve taken a trip to visit a missionary, you might not see the challenges behind the scenes. Even then they’re probably not telling you how they truly feel about their marriage, raising support, and those donations you sent.

I emailed a list of questions to 39 missionary friends, asking them to be brutally honest and open about missionary life in a foreign country. I got back answers from India, Canada, The Middle East, Mexico and Italy.

I took the survey too, and mixed in a few answers with theirs. Here is part one of the top ten secrets your missionaries aren’t putting in the newsletter.

1. Do you ever suffer from Corner Office Syndrome? (Knowing a ton of people but not having any real friends.) 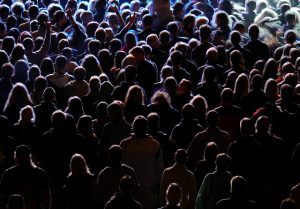 “Totally. It looks like I have lots of friends on Facebook, but nobody checks up on me; I always have to reach out. It’s hard to converse about life since my life looks so different now.”

“Yes. I often feel like I don’t fit anywhere.”

“Didn’t even know it had a name, but it’s something I have struggled with ever since being on the field.”

“Our ministry houses 1,000 short-term mission trip visitors annually. That’s 1,000 times you meet someone, answer the same questions, hear the same jokes and tell the same story. It’s exhausting and lonely sometimes. I almost feel like I live in a petting zoo.”

“No. We have friends in many places. Usually interactions with them are brief, but our emotional batteries are still charged with the joy of seeing friends.”

“Yes! The highest price I paid in becoming a missionary was in relationships. That surprised me.” 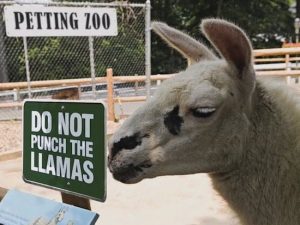 2. If you could tell your pre-missionary self one thing….

“Live in the culture. Don’t try to live an American existence in another country.”

“Spend more time with your husband; you guys are about to have a rude awakening by being together 24/7!”

“Get over yourself while learning language. It’s gonna be super awkward but don’t give up.”

“God delights to see you grow in endurance.”

“Ask people to come alongside you for the long haul.”

“God does not love you more or extend more blessings because you are a missionary. You will actually learn to be more selfless and think of others’ needs before your own.”

“Remember your home culture is actually not the best one in the world.”

3. If you were in a store back home, how would you feel if you ran into a supporter while buying something unnecessary? 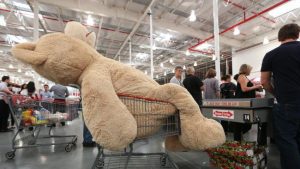 “Embarrassed and like I need to justify or explain how we got birthday money or a coupon. Don’t want people to think we’re ‘living it up’ on support or being irresponsible.”

“Depends on the supporter; some want us to buy things we don’t need. Otherwise I would feel embarrassed. There’s a huge responsibility to use money provided as wise stewards.”

“I would question it and put it back on the shelf.”

“I’m not into shame and guilt. We live extremely frugally—if we were buying something special I would be glad to tell about it.”

“That happened to me. I hid my frappuccino in my purse.”

“We all buy stuff we don’t need from time to time. I am accountable to God, not our supporters, for how I use His resources.”

“We live a very responsible and frugal life. We bought a new car this year and some people commented. I am unfazed. We have one car, live in a rural place and feel totally justified owning something reliable.”

4. Are you 100% honest in your newsletters, or do you make your life look better than it really is?

“Better. I feel like I’m complaining, or they aren’t interested, or they will judge me. I shared with family and was judged. Why should I share with supporters?”

“Not the worst, deep down, nitty gritty—just the stuff we really need prayer for.”

“We rarely get any feedback or acknowledgement that people read them, so it’s hard to feel motivated about putting much into them.”

“I tell it like it is. There’s no benefit in pretending to have it all together and living a perfect life! It is a lie from the enemy if we believe we should.”

“We rarely focus on issues we’re having; the first time we did it was completely misunderstood. We share prayer needs with a smaller, select group.”

5. If you have kids with you, has missionary life affected them in a negative or positive way? 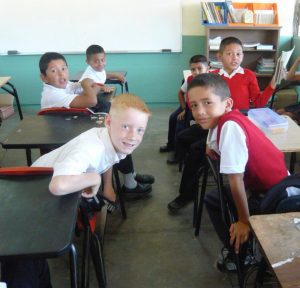 Negative: “My son is deaf and there are very few resources in Mexico. He also has behavioral and emotional issues and there isn’t access to the therapy he needs.” Positive: “Our kids are learning three languages.”

“When our daughter left for college she said she had the best of both worlds.”

“Missionary life has made our kids more patient, dependent on God and thankful to Him. They have hearts for the poor and verbally express a desire to carry on the work serving Jesus through serving others. We are amazed and SO thankful to God for this!”

“Mostly positive, but being the only white kids in school can be rough. Bullying exists outside the U.S., too.”

“Being ‘camp kids’ certainly has its benefits—they’re exposed to great needs and get to be a part of how God meets those needs. But saying goodbye to so many people who come and go is a struggle.”

“Our two eldest are now missionaries in other parts of the world, so I think it had a positive impact on them.”

“Negatively for our teenager at first (panic attacks, anger, headaches) but she’s better now and realizes God has a purpose for her here, too.”

That’s a wrap for week one! See you next week for Part 2 where I’ll share some eye-opening answers about marriage, money and moving back. And a bonus question about bizarre donations that will crack you up!

Have you ever been on a mission trip?

From your perspective, what’s the best thing about being a missionary?