I’m sure she had a kind smile, but her jewelry is what caught my eye.

Not because it sparkled more than her face, just that it was extensive. Maybe not for those of us who visited from middle-class SoCal, but for a missionary woman in Mexico? 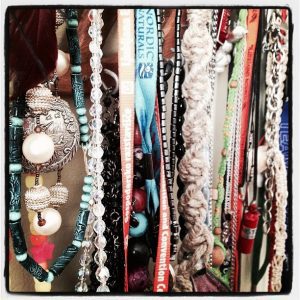 Back in the ‘80s, every missionary lady who came to my little Baptist church resembled Plain Jane. Makeup rarely existed, unadulterated hair sat in perfect pins, and their outfits always looked… tired.

My tomboyish wardrobe did not include more than a dress or two, but it seemed to me they could have at least worn something besides gunnysacks if they wanted to recruit more people.

If your appearance or slide show resembles your social life in any way, count me out.

Albeit unintentional, I moved from child to adult with this mindset and judgmental attitude. Being a missionary looked boring.

This woman in Baja though… so young and hip. Rings on multiple fingers, earrings lined up like polka dots, two or three necklaces and a few bracelets made up her ensemble of funkiness.

She probably had a toe ring, but she wasn’t wearing flip flops so I can’t be sure.

While we toured her orphanage, her day consisted of herding children, supporting her husband and giving out jobs. She lived in a large house and drove a newer car.

I thought missionaries were supposed to be poor. Don’t they barely have enough money to buy food, school uniforms for their seven children, and the occasional sweet bread? Aren’t they supposed to do without and be content?

They’re good at praying, counseling, stretching the soup, trusting God and sleeping through 3 a.m. rooster calls. But worrying about what they look like? That didn’t sound very holy.

What did sound holy included a tiny bit of struggle. A smidgen of pain. An ounce of discomfort. Not that I’ve ever wished any of this on missionaries; I just thought they went hand in hand.

The bible says the world will know us Christians by our love. I figured we would know missionaries by their joy in the midst of lack.

The stereotypes seemed endless but it never occurred to me the jewelry this lady donned probably came from her old life. Her pre-missionary life. I’m guessing she didn’t move down here with nothing and then go out and spend 750 pesos to adorn herself.

And why exactly was it my business to judge her?

When my husband presented the missionary idea and God confirmed it, I had no idea what I was supposed to look like, act like or do without.

A few months later we moved to Baja. And guess what I brought with me? All my jewelry. It’s far from fancy and I don’t wear much of it, but it’s what I owned before we arrived. So along with a few other pieces I’ve found along the way, it’s what I use.

After being in our home a few times, a well-intentioned gringo told us we just looked like Americans living in Mexico. In his opinion we should not have owned such quality things. Despite the fact we were living in a mobile home on jacks, we weren’t living enough like the locals.

Did he think we should have sold our furniture and then bought some not-so-nice pieces once we got here? That didn’t make any sense to us financially, so we received his constructive criticism and moved on.

Before we left the States we decided we would live in our 5th-Wheel while we traveled with our ministry staff and then settled here in Porvenir. But in order to pull such a trailer we needed a truck. Not a little “it might fit my surfboard” truck. We needed a beefy one to tow our new dwelling.

Some friends heard of this need and bought us one (snap), just like that.

Only four years old and not small; it truly was the perfect beast. Such an expensive gift with no strings attached? How do you thank someone for a blessing like that? We felt overwhelmed, in a good way, but mostly loved and taken care of when we left the known and pointed toward the unknown. 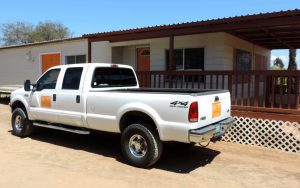 Then came the looks and comments.

And why exactly was it their business to judge us?

I felt justification rise and all I wanted to do was find a window marker and write across the back, 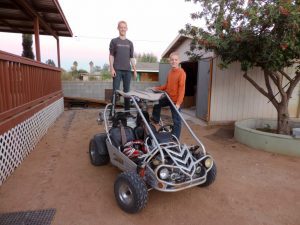 When friends and family present you with ridiculously generous gifts, you learn to stop arguing and receive them with a smile and a big fat thank you.

And then we turn our thanks toward the One who makes it all possible. Undeserved blessings yet again.

Confession time: if the missionary we visited ten years ago had shown us any of the above items in her home, I most likely would have allowed a few critical comments to camp out in my mind.

“Is that how they spend their support money?”

“Not exactly struggling, are we?”

All it took to shake that attitude out of me was a couple years in her shoes, similar comments toward us, and a boatload of gracious givers. Before I knew it we gradually became the owners of those items above.

I did not know this lady’s story. Every piece of jewelry could have been a gift. Heck—maybe she inherited them or made them! Unfortunately all I saw were dollar signs.

When our kids receive pricey gifts from generous people, they usually either do a happy dance or throw their heads back and whisper, “Yesss.” Or both. I still have a tendency to cringe and wonder what people will think, but I’m learning, little by little, that it’s okay to be a missionary and own nice things.

Now when I see friends and family in the States with spendy items, I remind myself I usually don’t know the whole story. Plus? Not my beeswax.

Soo… if I’m wearing some expensive-looking brand-name shorts the next time you see me, go ahead and assume I snagged them at the local flea market for eight pesos.

I’ll assume you did the same. 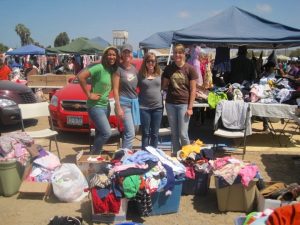 Share this...
← Burn ‘Em, Baby!
How to Grow Up at a Christian Camp and Not Turn Out Weird →

4 Responses to Her Jewelry, My Truck