“Hey, boys—throw this blanket on top of the sacks. And make sure you get the corners.”

I cringed in opposition. Did he just involve our children in a hidden importation? I turned my head to the west and spaced out while he drove.

Lest you feel the urge to judge, think about this: if you were taking a twenty-dollar item across the border, would you be willing to pull over and pay a six-hundred-dollar fee for it? Behold, one of my most humbling posts ever.

Thoughts of a corrupt government, two years of paying 16% taxes, border agents who charge whatever they’re feeling like that day, and insane importation fees made us feel like children at a closed ice cream store. This is so not fair!

When we started this B.A.M. (Business As Mission) we thought our compelling testimony would be a business that thrived despite the Mexican government and its antics. Our plan was to pay every single tax and fee no matter how ridiculous. So with the help of a lawyer, we did.

People loved the idea of our new business, it grew enough to buy more product and we were able to hire a few employees. But when my husband, Doug, started asking me what I thought about renting an 18-wheeler, buying a silo and expanding into other states in Mexico, I knew we were sitting on the brink of major crossroads. It was time to jump in or get out.

Kinda rough to read Proverbs 16:8 and not feel a tug:

“Better to have little, with godliness, than to be rich and dishonest.” (NLT)

Doug told some local friends and business owners of our dilemma and they gave him their best piece of advice: “You’re keeping two books, right?”

“Yeah—the credit card sales get reported to the government, and the cash sales… don’t.”

“Umm, Carrie and I don’t really feel comfortable with that.”

“Then you’re never going to make it down here. Everyone has two books. We do have a friend of a friend who can help you out at the border though.”

They went on to explain details that revolved around “This is not a big deal,” but Doug felt otherwise.

Slightly tempting to collaborate with Guido or Cousin Vinny for a minuscule tip here and there, but…

“Greed brings grief to the whole family, but those who hate bribes will live.” ~ Proverbs 15:27 (NLT)

{In the same way I ask you not to judge us, we are moving forward without judging our friends down here. We have the option to leave–they don’t. Finding ways to save their family businesses for future generations is a tough task. We applaud their efforts, respect their grit and give grace in the midst of rampant government graft.}

How would these “no big deal in Mexico” examples translate to something in the States? Here are a few real-life scenarios and their real-life justifications:

Not reporting the $83.75 from your garage sale on your taxes.

They’re already playing the movie. It’s not like it costs them any more to have me in there.

I have to. I would cause an accident if I went the speed limit. (Plus, it’s rude to be late.)

Telling the dude in the Disneyland booth that your small three year-old is actually two.

Come on—it’s not like she takes up that much space.

Calling in sick when you’re fit as a fiddle.

Because 183 teacher work days are about three too many.

Stuffing six humans and a dog into a four-person, no-dogs-allowed hotel room.

Do you really think I’m going to pay for two rooms when we all fit in one?

Using a friend’s address in the States so you, the missionary, can prove residency and qualify for contests, insurance, charter schools and homeschooling money.

I’m still an American, ya know. I should be entitled to everything you have.

Lying about your weight on your driver’s license.

Ohh… I thought they meant my goal weight.

Will any of these actions send you in the opposite direction of the pearly gates? I don’t think so. But what I do think is that satan loves slippery slopes. He probably invented them. Just the right pitch, a little dish soap and bam—we’re all slip slidin’ away.

And of course our kids and pre-Christians are watching and learning from every sideways, crooked or super subtle decision we make. Comforting, right?

According to Forbes online, “Feds recently paid $600,000 to learn why people cheat on their taxes.”

It’s not just the common adult falling prey to the temptation though.

“In 10 years, the IRS caught 1,580 of its employees willfully violating tax law. A 1998 law specifically directs the head of the IRS he must fire them. Even so, the IRS fired only 39% of employees found to be willful tax cheats. Rather than firing them, in 61% of the cases, the willful cheaters were given counseling, reprimands or suspensions.”

We can’t fire our children for lying, and we can’t fire ourselves for fudging. But for those of us who have kids or teens, are we addressing white lies with a light hand slap or a heavy heart? When they have the option to cheat just a tad, do we turn our heads or confront in love?

For the past year, friends and family have asked us why we’re leaving Baja.

We thought you loved it down there!

We thought your business was doing well!

We thought you were going to stay forever!

We originally envisioned our testimony being a result of paying all the taxes and fees and watching God grow our business. Locals would be shocked, they’d ask how we did it, and we’d point them to Him. Opportunities for ministry would explode and we’d be fulfilling our calling. Boom.

Now maybe our reason for leaving is because of integrity. We don’t see any blessing in becoming successful with sketchy ways of getting there.

Don’t bother assuming this was an easy decision though. We move forward with peace, knowing we’re making the right choice, but let’s be honest–sometimes integrity bites. 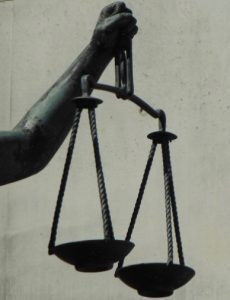 “The Lord demands accurate scales and balances; He sets the standards for fairness.”  ~Proverbs 16:11 (NLT)

“For we are concerned about what is right not only before the Lord but also before men.”  ~2 Corinthians 8:21 (NET)

“Whoever walks in integrity walks securely, but whoever takes crooked paths will be found out.”  ~Proverbs 10:9 (NIV)

What about you? Has God ever brought conviction that made you get out instead of jumping in?

16 Responses to Adjusting the Scales of Honesty