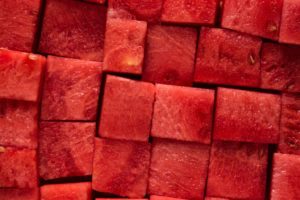 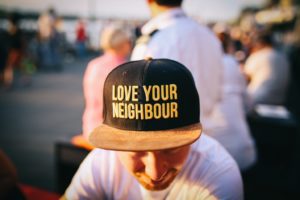 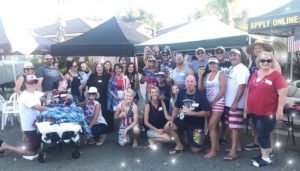 My grandma. So sweet and helpful. If you ever wore a necklace in her presence and the clasp slid around toward the front, she was your girl. “Oh here, honey, let me help you. Your hoopie’s showing.” I naturally learned from an early age how hoopies should be on the back of my neck… END_OF_DOCUMENT_TOKEN_TO_BE_REPLACED

My doctor told me women my age should lift weights. Pause right there. “Women my age?” One perk of moving back to suburbia is living within a few miles of my former gym. Since I took my membership card to Mexico twelve years ago, and then brought it back, I figured I’d take a… END_OF_DOCUMENT_TOKEN_TO_BE_REPLACED

Are there any two words more filled with trepidation for a middle schooler than “new school”? Well, maybe “avocado prices,” but that’s probably more for the moms. Plop that middle schooler in a new country, state and city, and you’ve got a recipe for a confused kid. According to sociologist David C. Pollock, “A… END_OF_DOCUMENT_TOKEN_TO_BE_REPLACED

This post is part of Lysa TerKeurst’s Uninvited Book Blog Tour which I am delighted to be a part of along with many other inspiring bloggers. Are you a blogger? You’re invited! Do you know a blogger? Invite them!   I don’t fit in. At all. And that’s okay. For the first few years I lived… END_OF_DOCUMENT_TOKEN_TO_BE_REPLACED

“Be strong and courageous. Do not be afraid or terrified because of them, for the Lord your God goes with you; he will never leave you nor forsake you.” ~ Deuteronomy 31:6   I led my firstborn to the concrete classroom with the green metal door and faked a bit of confidence. Micah did not… END_OF_DOCUMENT_TOKEN_TO_BE_REPLACED