I can still see piles of cards in front of my mother. Her beautiful handwriting graced fronts of envelopes as she diligently wrote out addresses and duplicated ours in every lefthand corner. She composed classic Christmas letters with my father, describing the most interesting bits of our year and excluding all the sibling rivalry—mostly caused by me.

For all I know she lovingly placed them in a darling basket, walked them to our darling post office hand-in-hand with my father, and gently released each one into the care of the attentive postal worker. 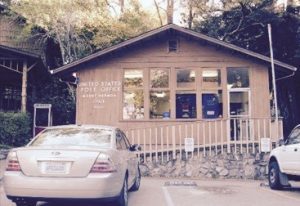 Smiles were probably exchanged while they sauntered home with plenty of time for sewing new placemats and napkins, stringing 3,000 cranberries with bay leaves, and stenciling toilet seats for the impending Christmas party.

The Christmas card routine repeated yearly. I don’t recall my mother ever complaining, though I knew the operation demanded time and energy. I filed the whole process in the same category as ironing, grocery shopping, and paying bills; it’s something we do.

I naturally continued the tradition when I got married, and it worked well for a while. We didn’t have kids for six years so I wrote about our dog and the somewhat-riveting things we did. 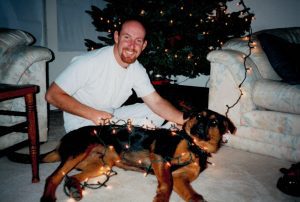 A little. Not really.

So I took my nine-pound pile to my friend’s house in SoCal and we trudged through the process together, commiserating about being late again and how tired we were of writing.

My cards were thin to save money. Taking family photos started with whining and ended with eyes rolling all over the ground. And my big basket got sold at the last garage sale, so Ziplocks it was. We live two hours from our post office so whichever local friend had a trip planned north got the bags tossed in their car.

“Just throw them in any blue box. Thanks!”

Good November intentions got missed and I always dreaded the middle of December. It can’t be the 15th—my cards aren’t done!

Sending out 120 of those bad boys broke down like this:

A few years ago I reluctantly ditched more expensive fold-over cards and ordered all-the-rage photo cards. But I chose the kind with blank space so I could write personal notes on each one.

Return address labels made the tedious process a tad more convenient, but then… pre-printed envelopes with our return address. Wow—how slick is that? The time I’ve saved will probably free me up to make a pie or something!

Hours later I had still put in more time and energy than I ever wanted to.

Thoughts of ditching cards altogether crossed my mind, but the guilt was nowhere near worth it. What was the big deal that kept dragging me down? The time I dedicated in the middle of the I’m-so-busy-I-can’t-see-straight season? The money adding up faster than I realized?

But oh, the guilt. What would my mother say? Would my friends think I was un-festive and lazy? Is this un-American? Would my husband and kids miss doing photo shoots?

When it originated in 1843, the purpose of the Christmas card was to wish you a Merry Christmas.

Then it was to hold the three-page letter squished into two describing how loving our pets were, how many vacations we went on, and how funny it was when our two-year-old started reading.

Thanks to social media we now receive more information about each other than could ever fit in a Christmas letter. I know someone loves half-caf, triple-pump, extra scalding, light whip, double sleeve, no lid, skinny-infused peppermint bruleé macchiatos…

the neighbor’s baby potty-trained herself,

a cousin went to a super fun lunch with an old friend,

bunions are more painful than we thought,

someone’s kid loves salad after all,

a man in the west is crazy about flannel,

a woman in the north loves her dog more than organic, gluten-free, paleo, farm-to-farm-table soup,

a girl screamed for joy at a concert while taking seven selfies,

someone woke up with a headache,

and someone else can’t believe how fast the seasons are changing.

Merry Christmas to us.

What’s left for me to write about? Annual cards started to feel burdensome, and I am tired of carrying insignificant burdens. I know it’s not healthy to do things out of guilt, and I admit I’ve been operating this way for a looong time.

Regardless, I still find tremendous value in a hand-written note. My mother instilled a deep appreciation for the birthday, new baby, thank you, and hope your “whatever” is better cards.

Christmastime is here. Parties are a-comin’. All you (pre-jail) Martha Stewart-types can organize your spices by genus and phylum while signing your gold-foiled cards and I will applaud you. Feel like sewing curtains for your gingerbread house to spice up the family pic? You have my full support. Plan on flocking your dog between stamps and labels? Knock yourself out. 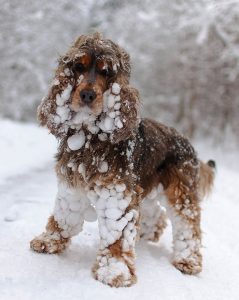 This white girl in Baja will most likely be trying to hang lights on a cinderblock wall, telling her children to keep their fingers out of the candles, and barking at the dogs to stop barking at horses in the street.

Christmas cards are a wonderful tradition and I still love receiving them. Please don’t cross us off your list as a result of this post; I might revert due to guilt.

I am sorry you won’t be getting a Christmas card from us this year. But I feel nine pounds lighter and I think I’ll make a pie.

How many cards do you send out every year?

Share this...
← 8 Things I’m Teaching My American Pre-Adults in Mexico
10 Cool Costco Insider Secrets to Save You and Your Family Money This Week (And They Work in Baja, Too!) →